A Problem of Testing

The Costs and Outcomes of Food-Borne Pathogen Illness

Food-borne illness is a costly and deadly global concern. According to the Centers for Disease Control (CDC) and the World Health Organization (WHO), millions of people a year die from food- and water-borne illnesses related to pathogen contamination. In the US, it is estimated that every year one in six people contracts a food-borne illness. 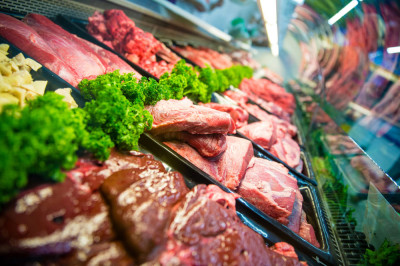 In 2013, Tyson and Zachy Farms both had to recall over four million pounds of chicken due to systemic Salmonella contamination. In 2012, Sunland, Inc. was forced by the US Food and Drug Administration (FDA) to shut down its New Mexico nut and seed processing plant due to a widespread Salmonella contamination issue in peanut and seed products. This resulted in a massive recall affecting over 240 brands across the US and internationally. The infamous Escherichia coli (E. coli) outbreak in 2006 and 2007 cost the spinach industry an estimated $100 million. ConAgra’s Grocery/Snack Foods Division’s $150 million in annual sales was nearly wiped out with a Salmonella outbreak at its plant.

Not only are people and products significantly affected, companies lose sales and importantly, their brand equity. These and other related costs impact companies by hundreds of millions of dollars. Some companies never recover. Peanut Corporation of America, Topps Foods, and Jensen Farms are just a few examples of companies that saw their food safety crises end in financial ruin.

The CDC estimates that in the US pathogens cause approximately 80 million illnesses, 325,000 hospitalizations, and more than 5,000 deaths every year. The situation is much worse outside the US and Europe. The WHO states that diarrhea from food and water contamination kills more than 2.2 million people each year in Africa and Asia, though the burden is much greater. Although less-developed counties suffer more occurrences of outbreaks, industrialized areas of the world represent most of the testing market due to stricter regulations and technology availability.

The US Government Accounting Office stated in 2010 that imports account for nearly two-thirds of fruit and vegetables and 80% of seafood eaten in the US. The growth of imported products is coming from Mexico, South America, China, India, other parts of Asia, and Africa. In 2010 there were almost ten million shipments of imported food of which the FDA was able to inspect only 2.1%.

These devastating losses have driven many companies and governments to strengthen the screening protocol in order to protect consumers. In January 2010, US President Obama signed into effect the Food Safety Bill, one of the most sweeping overhauls of America’s food safety system since 1938. This legislation gives the FDA the authority to impose new rules to prevent contamination and allows the agency to order, rather than simply suggest, the recall of tainted foods. This further increases pressure on all growers and manufacturers to take extra measures in preventing food contamination.

Testing Speed is a Critical Factor

A critical factor in the food safety testing market is the time to obtain a pathogen test result. Based on the long lead times to get samples from the field or processing plant to the laboratory and then to a final test result, the total time can be in excess of 30 hours. One example of the impact of “time to result” is a large corporate fresh food supplier. It holds over $1 million of green leafy vegetable inventory in quarantine every day waiting for test results. The capital losses as well as delays in the food supply chain cost the industry hundreds millions of dollars annually. Additionally, the delay in getting test results cuts into the short shelf life of fresh produce and meats. 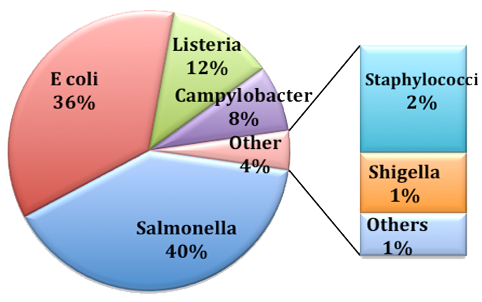 PCR-based rapid assay is the most specific and sophisticated product currently in the market. PCR systems work by amplifying bacterial DNA and can match the test sample DNA sequence to any pathogen of interest. The reaction is complicated and requires a trained technician to perform. Many PCR-based devices also require a preliminary enrichment process to ensure that the sample collected is not too diluted, which would cause a loss of bacterial DNA in the testing process. The actual PCR reaction time ranges from four to eight hours and the enrichment time can be 12 to 18 hours. Unfortunately, due to the speed of food processing, by the time test results are available, the product from which the sample was initially collected is either aging while sitting in quarantine or is more likely already in the market.

Due to of the length of time needed for testing and other factors, PCR and other current testing methods are not meeting all of the expressed needs of the market. These needs include: